Upon inquiry at slaughter-houses, it is found
that there are nearly two hundred persons in the
city of New York who are in the habit of drinking
blood flowing warmly from oxen, for strengthening
purposes and for the cure of certain diseases. A
lady is reported to have spoken to an inquirer as
follows : " Professor Velpeau, of Paris, prescribed
blood for me. I was consumptive and hastening
to the grave. It has prolonged my life fifteen
years. I had the utmost repugnance to it at first,
but now a half-pint of hot blood from a well-
conditioned ox is the greatest luxury of my life.
My sister's baby so far has been preserved and
nourished with little else but blood. I know
twenty persons who drink it in my own neighbor-
hood, to whom I have recommended it. It has
extraordinary effects on some people, especially
women, but should not be resorted to unless there
is absolute weakness of the system." On a visit of
the inquirer to a slaughter-house in Tenth Avenue,
near Forty-second Street, he found a delicate-look-
ing woman with a sickly boy, holding a glass to
the blood which ran from an ox with his throat cut.
Both drank two or three glasses in turn, and
departed with an appearance of added vigor.
The proprietor said : " All last winter we had
men, women, and children every morning to drink
blood. They always imbibe beast's blood ; never
the blood of sheep. Some of them wince a bit at
first, but, when you close your eyes, warm blood
from the beast's neck has just the same taste as
warm milk from the cow. We don't charge for the
blood excepting when we sell it to sugar refiners."
The blood of beeves is asserted to be more
efficacious for weak lungs than cod-liver oil.- -Phil.
Mea Times. 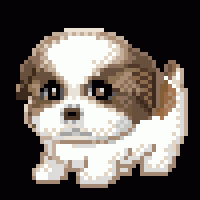