A married woman who has the feedom in her marriage to pursue sexual relationships with men other than her husband. Her husband has full knowledge of her activities and consents to them. 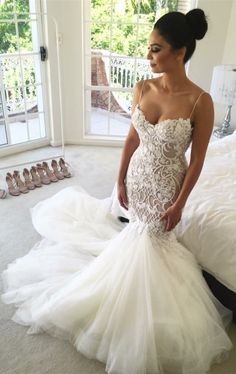 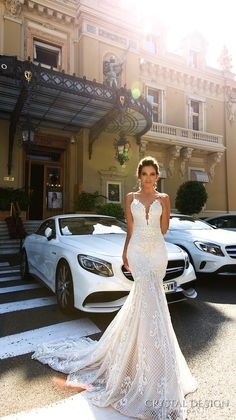 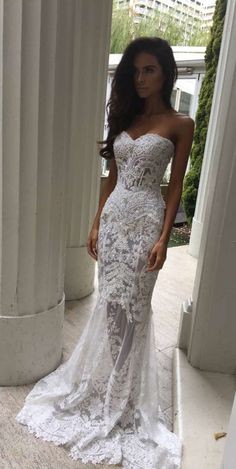 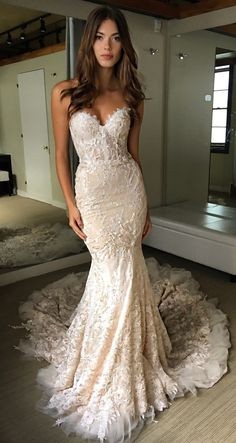 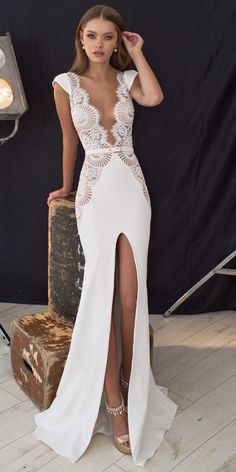 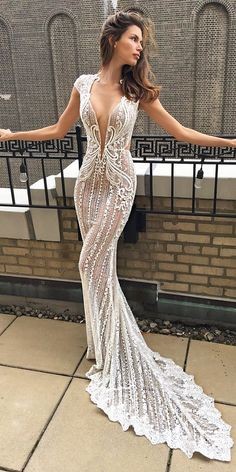 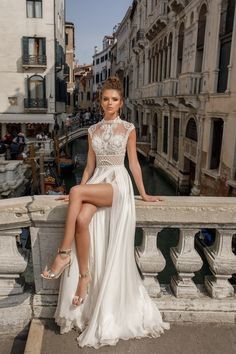 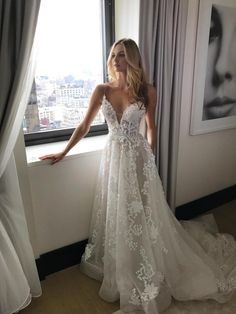 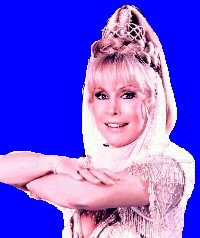 Wife Gets Pregnant by a Black Man

Wife Gets Pregnant by a Black Man - My wife at thirty seven wasn’t getting any younger. We had been together for eight years, and she had always wanted a family. It was our one bone of contention, I had no interest in kids and she couldn’t get enough of them. We agreed that after the wedding we would give it a go, and she was so excited.

She had gotten pregnant before, but not by me, when we were only going out a few months her ex had come around while I was out of town and the two of them had got drunk and fucked, she told me the day after it happened and I respected her for that. It transpired he had knocked her up, but she had a miscarriage, something that had always made her feel so guilty as though she could have done something differently. I had always found it curious how sexy I found listening to her apologize for her betrayal and quizzing her on every detail….who knew were it would lead.

The big day came, a great wedding and beautiful romantic wedding night, she was ovulating so I fucked hard all night and left her pussy a sloppy mess…..but, nothing so again next month…still nothing…and the next….Turns out my sperm count is next to nothing. We tried everything after that and talked to everyone in the business…still no luck.

Eventually we got down to details, we would do it but not in our home town and only if we were both happy, after all we both loved each other. We booked a weekend away and headed off excited on a trial run….nothing happened, a beautiful wife, a beautiful hotel, a big city, good bars but we were too nervous and we couldn’t find anyone we were comfortable with.

Take two, we waited til she was in her fertile phase and headed off again, different hotel same city. This time I enjoyed dressing her in some of the sexiest kit in her repertoire a short fitted skirt and some nice heels, the thought that I was preparing my wife to be “serviced” drove me wild. We took in some new clubs and bars…..still nothing. This time we decided to make the most of it and enjoyed a few too many cocktails before returning to the hotel. The hotel bar had a pretty cool jazz band playing and we continued our drinking there. My wife was getting more frisky at this point, and beginning to dance a little and eyeing up the musicians. I saw her catch and hold the eye of the tall black bass player in particular, she would clap flirtatiously when they finished a set.

When the band finished she rushed over to the handsome black man and invited him to join us, when he refused she “mock pleaded” with him till he did. They came back over to me and sat on the couch opposite me. He introduced himself and I bought him a drink as we talked music small talk, as I did my wife would flirt and interject. I could see this red blooded man trying not to stare as she would expose or move her body in front of him. She was oozing fertility, everything about her said fuck me. I managed to snap a couple of pics of them as she kneeled of the couch over him. She began to spread her legs slightly and stroke his hand, he became focused on her as I spoke to him until suggested we take our drinks to our room…she grinned at me and took his hand.

As we got to the elevator he held her ass, and once the door closed my wife pressed herself again him and began to kiss his huge muscular black neck, his two massive hands lifted her ass pressing her groin to his, she chuckled, I could see why, his great cock standing to attention visible beneath his trousers, throbbing against her belly. They kissed, and kissed like animals, their tongues tied and twisted as he lapped her open mouth. The elevator stopped and we moved to the room, as I fumbled for the keys they stood next to me, he ran a finger up between her legs, she gasped. That gasp she would make as her cunt was spread, by that sound alone I knew that this black mans hand was violating my wife, parting her wet vulva, sliding into her.

The door opened, I ushered them in, they ignored me, and pushed on into the room almost to the bed. She dropped to her knees and like a pro and unzipped him (as he took his shirt off). We both stared, this tall muscled man had an enormous black cock which pulsed as it grew in from of my wife, he pushed her head toward it and she ran her tongue up to the tip. A large bead of his pre-cum rolled out and she caught it with her lip as she took his whole cock head into her mouth. Her left hand rolled back his foreskin completely and pressed into the base of his huge shaft, his cock grew again, each vein bulged.

Watching my pale white wife wrap her pink tongue and mouth around the rock hard penis of this dark African man I began to realise that this could end in a pregnancy, we hadn’t discussed this and it would be very difficult to hide, I was beginning to get uneasy.

He grabbed her head and pulled her mouth off him and stood her up, kissing her wildly again. I asked him to let me undress her, he agreed but didn’t stop groping her. As I unbuttoned her top and unhooked her bra and took them off together he licked her neck and with a firm push drove his index finger up into her cunt, she jolted as he touched her cervix and she clutched his wide shoulders. “I’m fertile” she whispered, he looked at her then at me and then holding my gaze he pushed me back and immediately lifted her up so her tits where at his mouth level, she clasped her legs around him. He suckled her as she groaned and moaned then lay her down on the bed.

He kneeled above her spread legs, only a thin yellow G-string protecting this wet pussy from his hard dark meat. By this stage a steady stream of clear precum was running from his cock, ready to lube this tight white pussy He raised her ankles and brought her legs together to slide off her tight skirt and the last of her underwear. He brought his hips closer to her and as he opened her legs again he pushed, his cockhead searching for that precious entry.

I moved to my wife’s side, she was still panting and staring into his eyes. She grimaced as he tried again to enter her. “are you sure “ I asked, shouldn’t we wait…”No, sit down” came her reply. He thrust again, this time got her, she yelped as her labia were stretched and his cock found the entrance to her vagina. He changed pace, now slowly and gently he eased himself into her, kissing and licking her tits and body as he did, biting her lower lip as she opened her mouth to let out moan after moan. I could see what was happening, I could see the signs, her panting increased with each inch of his huge tool, she began to curl herself up, arching her pelvis into him. With that his cock sank balls deep in her, it was too much for her, she gritted her teeth and began to release a long loud cry as she clasped onto his neck. She was cumming hard and he knew it, he was pushing against her cervix and his pace quickened as he felt her pussy spasm around him.

It was amazing to watch, these two creatures, Black and White, life creating life. This white fertile woman’s womb doing all it could to get the black mans seed. He was so strong and she was so yielding.

I was watching him inseminate my ovulating wife, he kept kissing her and cumming for about five minutes and even then she didn’t want him out of her, instead they curled up in spoons position with his cock still inside her. After a jacking off in the bathroom I came back into the room and curled up in front of my wife on the bed. Her lover had already fallen asleep and my wife and I looked dreamily into each others eyes. His big black arms held her, a black hand on the belly he had just filled. I fell asleep.

I awoke with the light of day on my closed eyelids (and a sore head) and the light caressing kisses of my lady as she rhythmically kissed my lips. On opening my eyes I realised her kisses were rhythmic as her black lover was gently fucking her from behind, I smiled and kissed her more then played with her nipples as the fucking got harder. This time I was looking straight into her eyes as both she and her black lover came. His semen filling her again, making sure, making a baby, I snapped another pic of my filled up wife, then had a shower.

About an hour later he got up and left, he left her a card with his number kissed her goodbye and that was it. We lay on the bed and slept and talked until about 2 in the afternoon. We spent the rest of the weekend holding hand and staring at each other….we actually were more in love than ever. My wife confessed that she was sore for about four days after the ordeal. Three weeks later and with no period she took a pregnancy test and of course it was positive, I nearly collapsed but we are delighted. If anyone can think of a good excuse to tell people I would love to hear it.

She is now 36 weeks along and not long to go, I love watching my wife’s body being used by another mans seed, and the pregnant sex is great too.